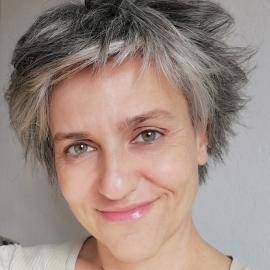 Laura Centemeri – is Senior Researcher (Chargée de recherche) in Environmental Sociology at the French CNRS and a member of the Center for the Study of Social Movements (CEMS) of the Ecole des Hautes Etudes en Sciences Sociales (EHESS, Paris). Her current areas of interest and research projects include : sociology of (e)valuation and environmental conflicts, everyday environmentalism and sustainable materialism (with a focus on the permaculture movement), sociology of repair and environmental disasters. She has recently published La permaculture ou l’art de réhabiter (Editions QUAE, 2019).

helfi – has joined the School of Sociology and Social Policy (University of Nottingham) in January 2020 as Leverhulme Early Career Researcher, with a research project on ‘Politics of matter: agroecological farming between science and society’. Before that he has completed his PhD at the School of Management-University of Leicester in 2016. During his PhD he has been a visiting PhD at the University of California-Davis. He has studied Contemporary Philosophy (BA and MA) at the University of Bologna, with a period of study at Université Paris 1-La Sorbonne.

Naomi Millner – is a human geographer based at the University of Bristol (UK). Naomi is a political-economic geographer and political ecologist who works principally on practices and technologies of conservation, especially as they are being deployed in conflicted territories. Her current work focuses on understanding how emerging monitoring technologies, particularly drones, are being used by states and private actors to securitize conservation areas, at the same time as they are being developed by rural communities to resist dispossession and enclosure. 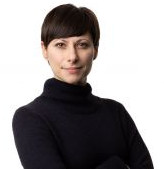 Lara Monticelli – is an Assistant Professor and Marie Curie fellow at Copenhagen Business School (Denmark). Her ongoing research is focused on collective real utopias such as ecovillages, communes and sustainable communities. Since 2016 she is the co-founder, together with Torsten Geelan, of the Sase research network “Alternatives to Capitalism”.

Dimitris Papadopoulos – is Professor of Science, Technology and Society and Director of the Institute for Science and Society at the University of Nottingham. He is also the founding director of EcoSocieties, one of the University of Nottingham’s Interdisciplinary Research Priority Clusters. Papadopoulos is currently a Leverhulme Fellow and has been an Alexander-von-Humboldt Fellow in the Office for History of Science and Technology, University of California Berkeley and the Center for Cultural Studies, University of California, Santa Cruz. His work in science and technology studies, social transformation and social justice has been published in numerous journals and in several books. He is currently working on a monograph called Chemopolitics and Reparative Justice and a co-edited volume with Maria Puig de la Bellacasa and Maddalena Tacchetti called Ecological Reparation. Repair, Remediation and Resurgence in Social and Environmental Conflict (Bristol University Press). He has recently published two books: Reactivating Elements: Substance, Actuality and Practice from Chemistry to Cosmology (Duke University Press, 2021) which examines new social and cultural research on chemical and elemental thinking and a monograph on Experimental Practice. Technoscience, Alterontologies and More-Than-Social Movements (Duke University Press, 2018) which investigates the distributed invention power of community technoscience, political movements and social innovation projects.

Luigi Pellizzoni – is professor of Sociology of the environment at the University of Pisa. His interests are located at the intersection of environmental challenges, techno-science advancement and the transformation of governance. Latest book is Ontological Politics in a Disposable World: The New Mastery of Nature (Routledge, 2016). He is presently working on new social mobilizations, post-work, anticipatory governance and alternative ways of relating with the world.